Praying For Nostalgia – A Rogue One Story.

After watching Rogue One, the feeling I had after watching the Force Awakens only grew in its concreteness. This belief, one of a disappointment encased in cynicism, could no longer be brushed to the side like last night’s box of undesirable leftover pizza.

Rogue One is unique in that it gives us, the viewer, a different type of story in an already very well known universe. Instead of following around a ragtag group of mercenaries and Jedi’s, we follow around an apolitical daughter of a brilliant scientist who is the father of the death star (cue horns). She is not interested in the war between the Empire and the Rebels and wallows in her solitude, one that was brought about by the murder of her Mother and capture of her Father at the hands of the empire, something she witnessed at a very young and impressionable age. This is, of course, a genre-based detail, common in any war film. 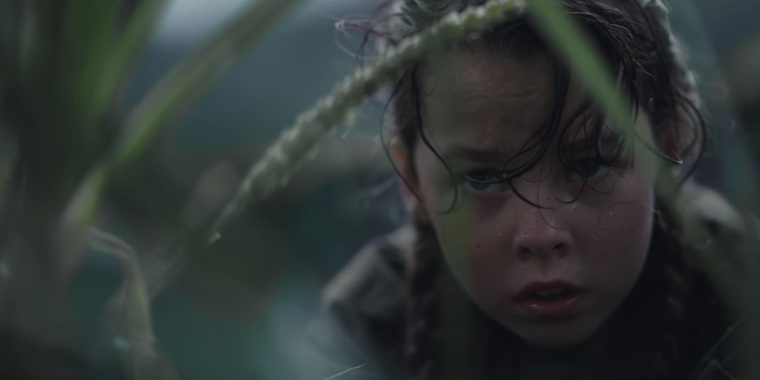 Her name is Jyn and the next time we see her she is an adult and a prisoner of the empire. But this is only for a few moments – her being a prisoner – because within moments of being shown as a prisoner she is rescued by a re-programmed imperial robot and a rebel Captain named Cassian (played by Diego Luna).

Push comes to shove, one thing to the other, and it is revealed to the Rebel rescuers that Jyn’s father is the Death Star’s creator. The rebels, realizing the full capabilities of the Death Star after a not so timid demonstration of its planet-killing abilities – in which a former Jedi Stronghold is destroyed – realize they need to find Jyn’s father. Cassian is told in secret to kill him, unbeknownst to Jyn who believes they are trying to simply find him.

*DEATH COME FROM A STAR*

I will not fool myself into prolix and synopsis. There are many details worth discussing, and even more worth debating. But the problem with Rogue One is not that it is a bad movie. The problem is that I already knew what was going to happen, much like the millions of people who saw this film. There were no surprises, no unexpected turns, or labyrinthine narrative delights.

This film was entirely predictable.

Battlefront 2? Or Rogue One?

There are plenty of epic battle scenes in this film. Shot in a way that showed battles within the Star Wars Universe in a particular way that had not been previously shown. Modern cinema has been introduced to classic blockbusters. Aesthetics aside, watching these scenes, in particular, reminded me of the mid-2000’s when Star Wars Battlefront 1 and 2 were released. Yes, watching Rogue One gave me a nostalgia for a video game.

Rogue One 2? Or Battlefront 2?

A video game that gifted Star Wars fans with the ability to plug in the gaps between movies, told from the perspective of a stormtrooper battling on numerous planets. Planets that had only previously been mentioned in the films. Now, we got to BATTLE ON THEM.

The reason Rogue One was predictable has everything to do with the effect a video game already had on me. Making it impossible to see this movie as what it is. No, it is not a war film, it is preying/praying on my nostalgia.

The difference between Star Wars Battlefront and Rogue One is this: Battlefront was more fun.

So what’s the problem? You’ve got an interesting story set in a rich and popular sci-fi universe where conflict and desire run amok, set in a period of civil war. What’s up?!

I guess I never imagined the possibility of Movies going the way of Video Games to cash in on the Star War imaginations of an entire generation of fans. Even when I holed myself up in my house to play battlefront till my eyes buzzed, I knew that the shortcuts the game developers made were clearly overlooked (by myself) because it was Star Wars. All they needed to do was give me the chance to snipe Luke Skywalker from atop an AT-AT, and all was forgiven. The shotty visuals, the lack of a story, the exclusion of many other gameplay options, ad infinite.

Much like Rogue One, where the thin characters, safe dialogue, and lack of world development, is immediately excused because * Spoilers Ahead* Darth Vader makes an appearance.

Isn’t that a bit much?

I liked it, but not that much.

How many more times is Darth Vader going to save a filmmakers skin?